An overview of AI and its future cons to our world. 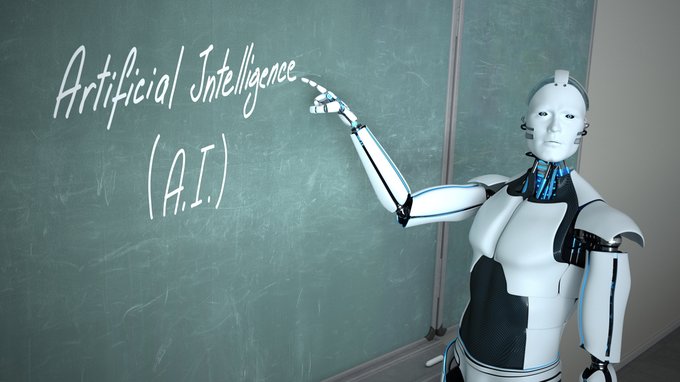 Have you watched Ex-Machina  or Terminator or any movie that portrays wars between humans and machines? It is remarkable how machines have evolved from just being carbon, wires and circuits to possessing reasoning. One can only imagine the future of artificial intelligence. AI has come to stay and there is no doubt about it.

The word “Artificial Intelligence”, whose abridged form is AI, was discovered by John McCarthy .  Wiktionary defines it as the branch of computer science dealing with the reproduction or mimicking of human level intelligence or self-awareness, knowledge, conscience and thought in computer programs. Actually, in layman’s language, it’s the ability of a computer to think on its own, void of  humans’ assistance but stirred up by humans’ intelligence.

Before a computer or machine is declared to be artificially intelligent, it must have passed through 4 stages, which are:

1 Cognitive Modeling Approach: this checks if the machine is capable of observing and acquiring knowledge through thoughts and senses.

2. Rational Agent Approach: It checks if the machine is dynamic and can pick out the best option needed in a situation.

3. Turing Test: this test checks if a machine is able to hold conversations with the help of a programming language.

4. The law of thought: this explains why a machine is reasonable.

A. Weak AI: these types can only perform limited operations i.e one task at a time. e.g Siri, Ok Google.

B. Strong AI: they have the same capacity as a human and therefore can learn intellectually e.g Self-driving cars.

C. Super AI: this class of AI can perform beyond humans’ capacity and with even better efficiency.

There are numerous benefits of artificial intelligence from aiding new inventions, endless labour, minimal errors, exploring beyond human limitation in risky situations to unbiased decision making. All the aforementioned benefits give AI the upper hand in taking charge of some day-to-day operations. Some of which include:

16. Netflix Recommendation: ever wondered why you are so hooked up with movies? It uses the same procedure as Facebook friends recommendation.

How artificial intelligence is transforming the world.

Artificial Intelligence and the future of work (2022) can help you boost your career in AI while preparing for great job opportunities.