Simplified Complexity of a Smartphone Camera

It has been a long ride explaining some of the terminologies related to a smartphone camera. This is to help people whose sole need in a smartphone is the camera, among other features.

The first article introduced some of the popular terms; pixels, megapixels, e.t.c. You may want to read it here. The second article delved deeper into the not-so-popular but important terminologies. Curious much? Check it out. Let us explore the rest. 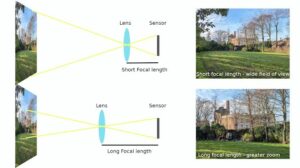 The varying lengths have their uses. In capturing nature, a short focal length does the work perfectly because of the wide angle of view it produces. A long focal length works well when the focus is on a particular subject (it is great for portrait mode).

Most people who do not need this feature don’t bother about the 1× or 2× or 3× zoom the smartphone is said to have.

One day, you may realise the need when you are at a musical concert or in a stadium and you are seated far away from the stage and you can’t make out what is happening. Another instance is when you feel too lazy to leave where you are but want to know what is going on ahead of you.

There are two types of zoom a smartphone can possess; Digital zoom and Optical zoom.

Optical zoom is the most efficient type of zoom between the two because instead of cropping the image, it uses the lens to zoom.

Video resolution is similar to image resolution, and it is the number of pixels a video possess in each dimension. Terms like 4K, HD, 720p, etc are used to describe the resolution of a video. The higher the resolution, the clearer the video. 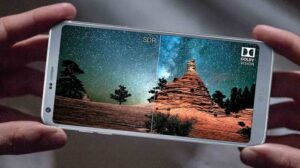 This stands for High Dynamic Range. This feature balances the exposure of the image captured. It strikes a balance between dark areas (shadows) and bright areas (highlights) 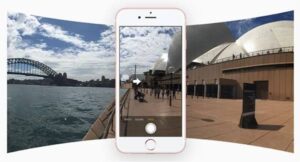 This is the ability of a camera to take multiple shots and blend them into one wide shot. The feature can be activated in the camera app.

If you are the type that is keen on a smartphone camera, you should carefully go through the camera specs and not get carried away with the large numbers in front of the features. In some cases, a large number signifies a better experience, just like the video resolution while some features with large numbers have conditions at which they are valid, like megapixels. Some relatively small numbers mean better performance, like the wide-angle lens.

This is to show that different rules apply to each and you should choose your spec as they match your need.

A Preview of the Evolution of the web 2.0 to web3.