RAM and ROM: What You Need to Know About These Storage Twin

RAM and ROM are like the storage twin in a computer. Are they identical? What are their differences? How can you differentiate one from the other? How do they work? These are questions that are going to be answered as we progress.

What are these two about?

RAM could be likened to a specific product store while ROM, a market. Seeing how it is easier to a product from the store rather than moving round the market to get the same thing.

RAM is a fast, short-term digital storage used to keep data of apps in use on computers (smartphone included), to enable it to pick up from where it was left. It is only erased when the power supply of the phone is cut off or you shut down your phone. 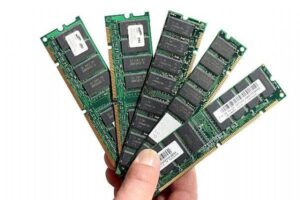 Apps and games are installed on the CPU, the GPU processes them while the RAM helps provide instant access to them when they are active and you want to switch in-between them. It is easy to pick up from where you stopped without reloading as long as the app is still in the RAM.
The early phones could survive on a small RAM, unlike now, where app sizes are getting heavier, phone cameras are processing images in a raw format, many background apps are running and screen sizes are getting larger.

You can decide to buy a phone with a higher RAM as more people tend to think that the bigger the RAM, the better the phone. While this is true, it is not true in the case of phones with better software optimization. iPhones and Google Pixels are examples of phones with lesser RAM but better optimization.
There are way too many Android versions and specs that it is easier for a smartphone brand to get away with efficiency on the part of software optimization by adding more RAM to the smartphone, unlike iOS which Apple has huge control over.

What a higher RAM signifies?

There is this misconception that clearing up RAM helps the smartphone to become more efficient and saves battery life. When in reality, it appears not to be so. To load an app from the app storage into memory, it requires a certain amount of processing power which could lead to consuming more power. The battery drain causes heat on the part of the smartphone. 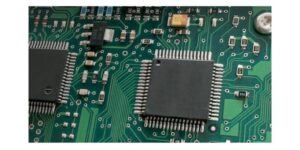 The Android ROM is also known as the Non-Volatile Read Only Memory (NVROM). The ROM is the main storage of your smartphone. It is used to store data (media, files, games) for long-term purposes, even when the phone is switched off and on, the data remains there. A higher ROM means more storage space for data.

Differences between RAM and ROM

For the sufficient amount of RAM needed to run a smartphone, 6-8GB RAM is enough. Although, this particular decision depends on the user’s usage, and a quick search on the internet would tend to the potential users’ questions.

iOS Evolution | The growth from 2007 to date