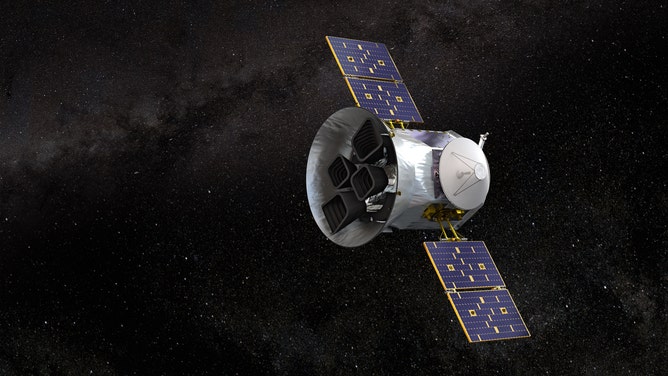 Do you know that Earth is not the only world in the universe with its size? There’s been a discovery of a new earth-sized planet recently. Amazing, right? This article will be shedding lights on the newly discovered planet. Feed your curiosity here!

The National Aeronautics and Space Administration, also called NASA, the independent agency responsible for civil space program, research and aeronautics, has recently been able to identify an earth-sized planet through the aid of its astrophysics explorer mission, transmitting Exoplanets Survey Satellite [TESS]. It is called TOI 700 e. It was seen orbiting in the optimistic habitable zone around its star. This zone is where researchers think it is possible for liquid water and life to exist. Its other features are the presence of rocks and it has a weight of 95% the size of Earth. The new planet, a small star situated about 100 light years away from Earth in the southern constellation Dorado– a constellation of the southern sky that appears like a goldfish or swordfish and is notable for containing most of the largest satellites in the milky way. 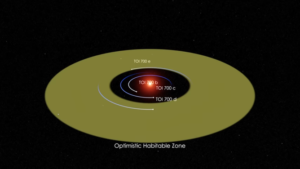 Planet TOI 700 was discovered after astronomers had found others like TOI 700 b, c,and d. Observations started in 2018. The brightness and changes were monitored until the discovery of the new planet by NASA’s TESS. It is a tidally locked planet that spins only once every orbit in a way that one side is always facing the star, just as the moon does around Earth. The other sibling, planet TOI 700 b, is 90% of planet Earth’s size and completes its orbit in 10days. TOI 700 c is almost 3 times bigger than planet Earth and finishes its orbit in 16 days. They are also tidally locked, like TOI 700 e.

“This is one of only a few systems with multiple, small, habitable-zone planets that we know of,” said Emily Gilbert, a postdoctoral fellow at NASA’s Jet Propulsion Laboratory in Southern California who led the work. “That makes the TOI 700 system an exciting prospect for additional follow-up.

TESS monitors large swaths of the sky, called sectors, for approximately 27 days at a time. These long stares allow the satellite to track changes in stellar brightness caused by an exoplanet crossing in front of its star from our perspective, an event called a transit. The mission used this strategy to observe the southern sky starting in 2018, before turning to the northern sky. In 2020, it returned to the southern sky for additional observations. The extra year of data allowed the team to refine the original planet sizes, which are about 10% smaller than the initial calculations.

TESS is a NASA Astrophysics Explorer mission led and operated by the Massachusetts Institute of Technology in Cambridge, Massachusetts, and managed by NASA’s Goddard Space Flight Center. Additional partners include Northrop Grumman, based in Falls Church, Virginia; NASA’s Ames Research Center in California’s Silicon Valley; the Center for Astrophysics | Harvard & Smithsonian in Cambridge, Massachusetts; MIT’s Lincoln Laboratory; and the Space Telescope Science Institute in Baltimore. More than a dozen universities, research institutes, and observatories worldwide are participants in the mission.

This is a great feat for science and proves how scientists are gaining velocity in the discovery of small and smaller planets beyond ours. More follow-up studies are still ongoing on the TOI 700 space system, which will lead to further perception of the rare space system.

Photo Credit: The planet TOI 700 e as it orbits in the habitable zone and its earth-sized sibling, TOI 700 d, is seen in the distance.

What Do You Know About This Blue-Coloured App Named Twitter?

List of the 7 best grammar checkers you need for writing