Get To Know Your Smartphone Display Type

Do you sometimes wonder why some smartphone screens look darker or brighter than others? Or why some colours pop on one phone more than the other? Or why a particular game application looks sleeker on your friend’s phone than on yours? Yes, you have your answer already. The smartphone display type determines all of these. Let us delve into what these display types are all about. 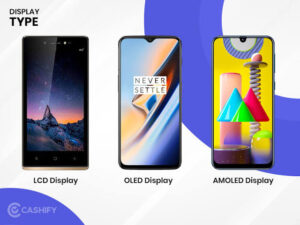 When checking out details about a smartphone, there is no doubt you would have come across the type of smartphone display it has. It could be TFT-LCD, IPS-LCD, OLED, AMOLED, Super AMOLED,… the list goes on and on. Colour calibration, Sunlight legibility, Contrast ratio, and Brightness are measured to determine the quality of a smartphone’s display.

LCD is a type of display that is made up of a matrix of liquid crystals. It is known that liquid crystals do not emit light themselves, so, a backlight is in place to illuminate the entire screen.

Variants of the standard LCD

This is a type of screen that requires thin film transistors which are used to display fast-moving images, the active matrix technology enables this. In this variant of LCD, each pixel on the screen has a transistor or capacitor attached to it, which controls the switching on and off of electrical current at a faster rate and it makes use of the effect called Twisted Nematics. Due to the Twisted Nematics effect, the display has a fast refresh rate and doesn’t prolong the time to load images. One of the cons is that the viewing angles are limited, viewing from the sides causes the colours to invert. Although, TFT-LCD is a display type that is quite commonly used in mobile phones. 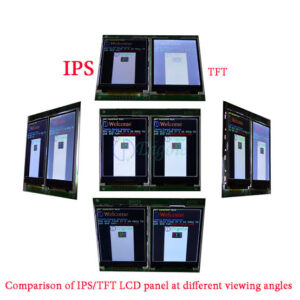 Unlike LCDs, smartphones that use the OLED type of display do not need any form of the backlight to illuminate the entire display. It is highly visible in low light situations and it has a better contrast ratio.

AMOLED stands for Active Matrix Organic Light Emitting Diode. This type of display as a variant of the OLED display is a combination of a TFT and OLED display. This is to improve the energy conservation of the smartphone.

This type of display is just another AMOLED display with a brighter screen and saves even more power.

Apple makes use of this type of display in their products. This display is called Retina because it is likened to the way the eyes perceived pixels from different distances. The size of the screen and the distance at which the potential users would use the devices determine the pixels per inch(ppi) of each device. This is a clever move from Apple by putting the potential users’ comfort as a priority. 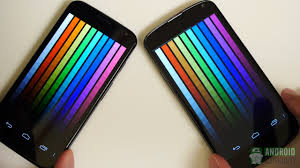 The evolution from the first generation of computers...