Digital Realities : Do you know the realness in them?

It is almost as if one can never fully uncover the extent to which Technology has extended its tentacles. Humans are naturally curious but some people are overly curious. They want to know how this became this or how that became that.
Undoubtedly, our curious nature has birthed beautiful inventions and innovations. If humans didn’t let curiosity get the better part of them, we would have probably been stuck in the stone age.
As a result of this curiosity, the discovery of digital realities began.

Digital Reality: What does it mean? 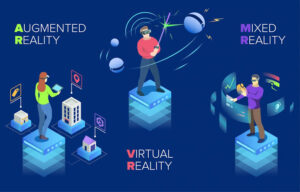 Digital Reality is a wide range of technologies and resources that connect the real world and virtual world in different forms. Just as we have the real world where we interact with physical objects, so we have the digital world where we interact with digital objects. It becomes interesting as we move on because this reality is of three different types. 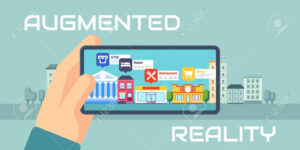 Augment means to increase or add while reality means a real event. Therefore, we can say Augmented reality means added event. For something to be tagged “added event”, that means there was an initial event. This is why AR is defined as virtually bringing a digital object into reality.

According to Wikipedia, AR is an interactive experience of a real-world environment where the objects in the real world are enhanced by computer-generated perceptual information. This could also be across multiple sensory modalities. 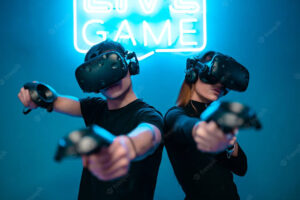 This is an entirely new world created digitally. It is computer generated and it allows for user interaction. This, unlike the traditional user interfaces which are restricted to the users viewing a screen, is a type of digital experience.
Users enter into the digitalized experience that is also like a real-world or completely different from the real world. Simulation of the sense organs (eyes, ears, sometimes skin) transforms a computer into the gatekeeper of a completely new world.

Virtual Reality is of three categories and they are:

A great example of this type of virtual reality is video games.

This is where the user fully experiences the most realistic simulation. The use of Virtual Reality glasses or Head Mount Display (HMD) makes this achievable. The 3D effect it creates makes the experience more believable.
The type of virtual reality is coming used for gaming or entertainment purpose. 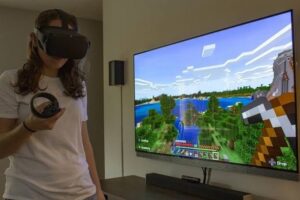 Just as the name suggests, Mixed Reality is a hybrid of both Augmented Reality and Virtual Reality. According to Wikipedia, Mixed Reality is the combination of real and virtual worlds to produce new environments and visualisation. This is where physical and digital objects coexist and interact in real-time.

Microsoft Hololens is an example of Mixed Reality. It projects 3D holograms onto the lenses to produce a realistic concept of 3D images in the real world.

Mixed Reality is not too different from Augmented Reality they are used interchangeably sometimes. The major difference between the two is in what they both prioritize. Augmented Reality keeps the real world central and augments the real-world visuals with computer-generated elements (videos, graphics, e.t.c) whereas Mixed Reality brings out the best of both the real and the virtual world to create an environment where objects from both worlds can co-exist.