Animation : Know These About The Conveyor of Hidden Messages

When you hear or see “Animations”, what comes to mind? I bet you picture cartoons like the popular Tom and Jerry or Japanese Naruto. Which one is it?
Anyways, back to our discussion, according to Wikipedia, Animation is a method by which objects that cannot move or drawings are manipulated into moving images. Telling stories has been made easy is storytelling, especially now that people connect more with your story when they see or feel. Animation and hidden messages, what is the correlation? Animation is a way of passing across a message while ensuring the message looks virtually pleasing. Technology has made so many things easy that you do not need to manually draw out different scenes to tell your story. This exactly brings us to know the different types of animation we have.

Regardless of the type of animation, a script and storyboard are required, that set the pace. They act like a business plan on which a business is built, without them, it is almost impossible to stay on track. Remember the aim is to convey a message, irrespective of where is being used. For entertainment, product advertisement, brand awareness, etc. Below are the five major types of animation we have, even though, there are other types.

Another name for this type of animation is celluloid animation. In this case, artists are required to draw every single frame by hand to create an animated scene. Aladdin (Disney, 1992) is an example.
Processes involved

Stop motion animation, also known as stop frame animation involves the usage of images of real objects. Images are taken at intervals as the objects are moved and they are later combined to form this type of animation. Chicken Run (2000) is an example.

Below are the techniques in which stop-frame animation can be carried out:

Processes involved
For different techniques, different processes are involved but the bottom line is mostly; 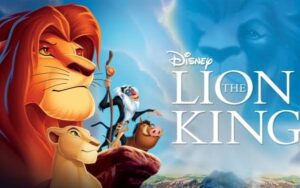 2D (Two-dimensional) animations are vector-based. Most times, traditional animation is confused to be 2D animation. The difference between them is evolution. Thanks to technology now, animation in this category can be generated via computer. Instead of drawing different expressions and movements, it is possible to move different parts of the object to achieve the same purpose.
The Lion King (1994) is an example.
There are three main phases involved in 2D Animation and they are:
Pre-production phase: This is the phase where preparation takes place. Drawing, painting, etc.

Production phase: This is the stage where the main event happens.

Post-production phase: Just like “Post” means “after”. This simply translates to all the processes involved after production.

3D (Three-dimensional) animation is a type that involves creating 3D moving images in a digital environment. Although the ability to draw isn’t needed, the knowledge of the principles is needed. Frozen (2013) is an example.

Additional information: To read more about Animation and the other types, Animation Revolution is a good book.