A Preview of the Evolution of the web 2.0 to web3. 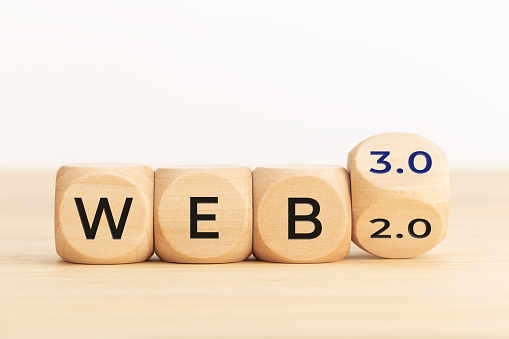 It is expected that the web will be reshaped completely with web3 soon, as a progressive cycle of the web from web 1.0 to web 2.0 depicts a high chance of a better version of the web. Funny enough, a lot of people confuse Web3 with web 3.0, even Wikipedia too, but that will be discussed in our newest article. This article will help you understand the disparity between the three versions. Dive in and see what’s in store.

When the first website was created in the early 1990s, it offered read-only www pages and lacked interactive features, making browsing for information hard to find. Then, there were few content creators because you couldn’t give back any data when getting information. After little more than a decade, we moved into the dynamic stage known as web 2.0. Here,the web moved from being static to dynamic, i.e, the flow of information began to move in the direction of both the sender and the receiver. It featured the rise of social media, YouTube, Podcasts, LinkedIn , Wiki etc.

According to Wikipedia, web 2.0 is also known as a participatory web. This web encourages ease of use and compatibility with all types of devices for end users which contrasts with the first generation.

How does Web3 Work?

Currently, we are somewhere in the midst of web 2.0 and Web3 worlds. Web3 is the new model for the internet, a shift in how the web is used today. In Web3, users will be able to keep all their data or identity in the cryptocurrency pocketbook. It gives them authority on who can or cannot read their data. It’s just like signing in with a Google account on other apps.

Web3’s main purpose is decentralization for internet users. This means control will not be relevant or in the hands of the government or big corporations like Facebook, but in users’ hands. The vision of web3 is to be the read, write and own upgrade of the web. Blockchain technology, cryptocurrencies and metaverse are introduced into the equation.

Technologies associated with Web3 have begun to be implemented today. Some are listed below.

1. AI and Machine Learning: Thanks to the Internet of Things (IoT), we now have intelligent internet-connected devices everywhere in the world which creates the chance to generate and gather data.

3. Decentralized Finance (DeFi): It removes the need for banks and other financial intermediaries to carry out financial transactions.

5. Decentralized Autonomous Organization (DAOs): Here, there is no CEO, every member of the organization decides what and when money is spent on the treasury, which makes it easier to detect fraud since transactions are made public.

6. Non- Fungible Tokens (NFTs) and Initial Coin Offerings (ICOs) : These forms of cryptocurrencies are unique and cannot be misplaced by another.

7. Decentralized Apps (dApps) : with the use of blockchain, dApps users control their data and permission to who can see it.

Comparison between the three versions

To conclude this vital piece, Web3 is still in its building stage and hopefully, it will soon be available for optimization. If this piece has enlightened you, kindly like it and spread the word.

Simplified Complexity of a Smartphone Camera

UI and UX design | A simplified guide on what it entails

6 best tools to know for creating your...

What is Blockchain Technology? A Beginner’s guide to...

What is Cybersecurity? | Explained